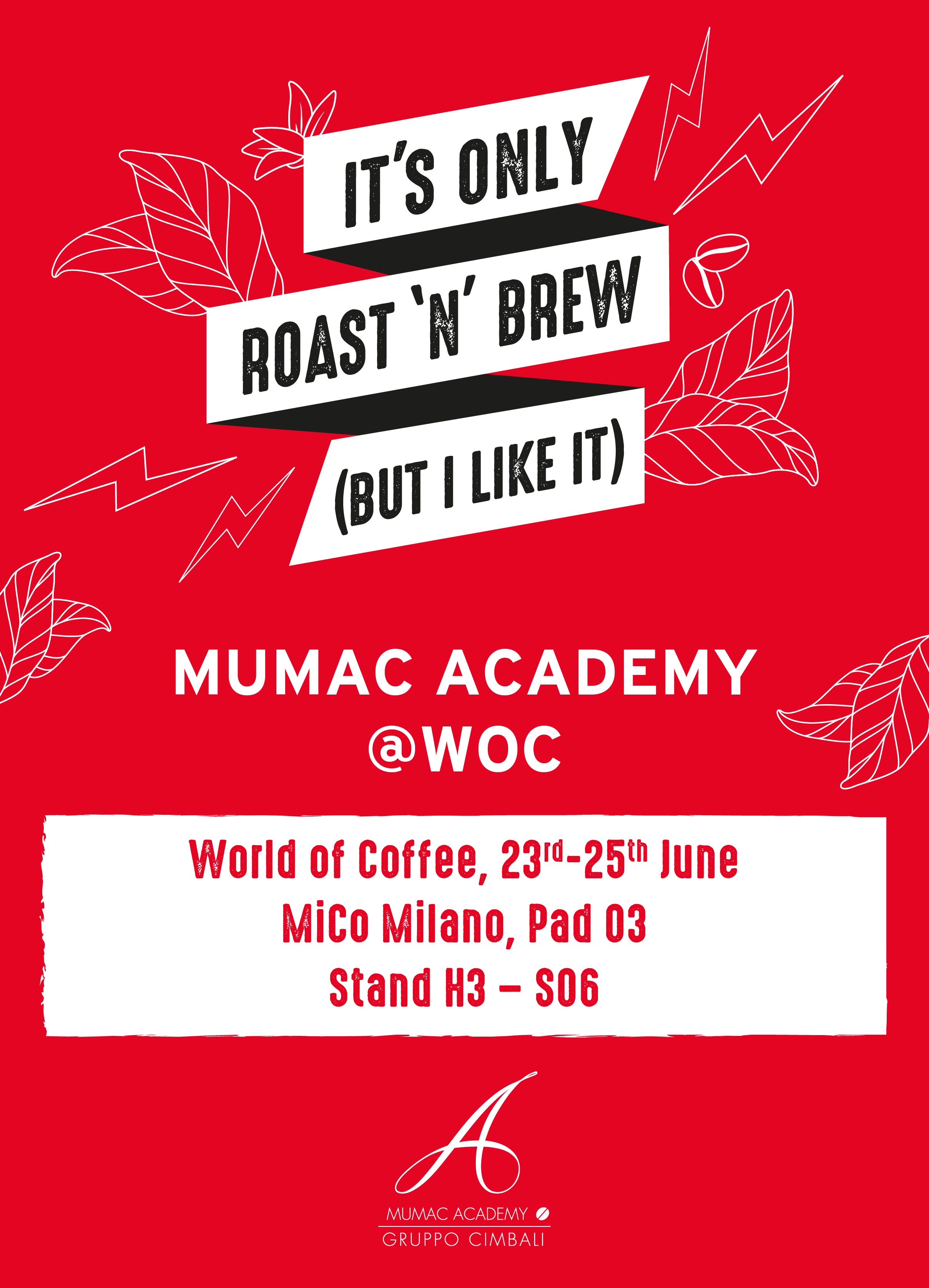 “It’s Only Roast ‘N’ Brew (But I Like It)” is the new custom roaster format that MUMAC Academy is launching at the World of Coffee in Milan.

MUMAC Academy will participate at the World of Coffee in Milan with a series of Italian and international roasters at the Gruppo Cimbali stand.

The programme includes roasteries headed by award-winning figures such as R.D. Coffee, run by Dénes Rajmond, the national cup taster champion in Germany, who is competing at the WOC for the world title, The Underdog, an Athens-based team of national and world champion baristas in various disciplines, BOB Coffee Lab from Bucharest with Alexandru Niculae, 2016 world roasting champion, and Peacocks Coffee led by Italian champion barista Matteo Pavoni.

The event will also feature the team from Kahiwa Roastery, a Finnish roastery co-owned by renowned Formula 1 driver Valtteri Bottas, along with His Majesty The Coffee run by MUMAC Academy ambassador Paolo Scimone.

There will also be latte art demonstrations on the LaCimbali S60 with our ambassador Manuela Fensore, the reigning world latte art champion and coach of Carmen Clemente who will compete in the WOC world championship.